European brands Ted Baker, Agent Provocateur, 100 % Capri, Addict, Vilebrequin and APM Monaco will be among the upscale retailers opening at Brickell City Centre in the fall of 2016.

Several of the newly announced stores, such as Vilebrequin, 100% Capri, Agent Provocatreur and Addict are also located at  Bal Harbor Shops, owned by Whitman Family Development.

In April, the developers brought in Simon as a partner to help with leasing at the 500,000-square-foot shopping center, part of the $1.05 billion, 5.4 million-square-foot, mixed‐use project in downtown Miami..

Swire said its aim is to offer a mix of domestic and international designers, both well established and emerging, which will serve international visitors, part-time residents, locals and professionals from the Brickell area.

Select luxury brands will be located throughout the street-accessible first floor of the center’s retail area, while other stores will open on the second and third floors, which will house premium and contemporary retailers, along with a mix of beauty, home decor, jewelry, apparel and other shops.

“Miami is one of the nation’s leading markets for international visitors, who contribute to approximately 70 percent of annual retail sales in the city,” Debora Overholt, senior retail director at Swire Properties, said in a statement. “World-class international brands recognize the value of establishing a foothold at Brickell City Centre, which, in addition to visitor density, will feature a rare combination of density in residential and office traffic.”

The shopping center will be anchored by a three-floor Saks Fifth Avenue, with street-level access. Eateries such as Pubbelly Sushi, Pasión del Cielo, Quinto La Huella and Sugar, so far have been announced.

Brickell City Centre’s two condominium towers, two Class A office buildings, and its EAST, Miami Hotel, will also act as anchors for the shopping center, along with a luxury dine-in theater Cinemex.  The condominium, office, and hotel component at Brickell City Centre are set for completion end of 2015. 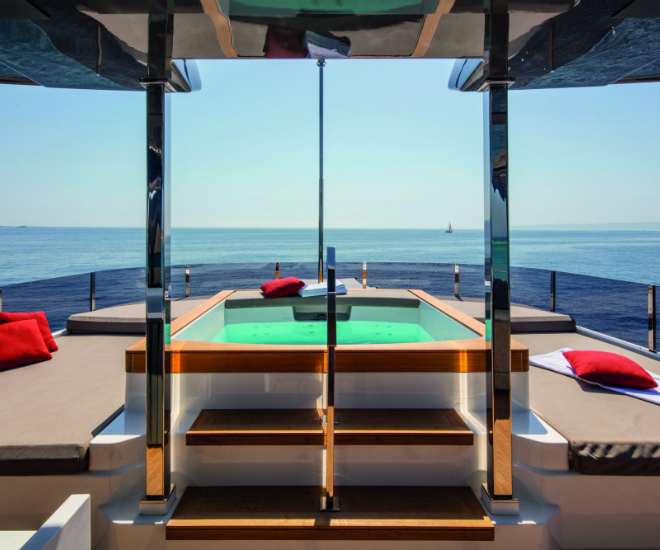 Luxury shipbuilder Ferretti Group continues to introduce ‘refreshed’ examples of its semi-custom superyacht line. Their newest re-imagined ship is the Navetta 33, a semi-displacement superyacht with a
Read More

MIAMI: To See and Be Seen!

So many fabulous, exclusive events take place in Miami, our Magic City, on a daily basis, it's almost hard to keep track. For example, today we have the Ferrari Club of America's exclusive VIP recept
Read More

Are you one of those people who take numerous selfies before posting a picture on social media? Now the end of this habit might have come, with the new iPhone app called Picky, which selects the be
Read More